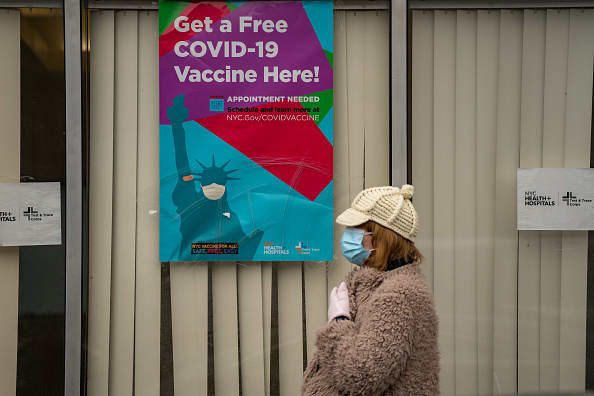 Dr. Scott Gottlieb told CNBC on Tuesday the rollout of Covid vaccines in the U.S. will eventually be slowed by not enough people wanting to receive the shot.

While the incoming Biden administration will initially be focused on increasing access to vaccines, and the amount of available doses, Gottlieb said public-health efforts also must combat concerns held by some Americans.

“I think we need to also …. work on the demand side of this equation. We can’t lose sight of that and just take for granted that everyone wants this vaccine,” the former Food and Drug Administration commissioner said “Squawk Box.”

President-elect Joe Biden, who takes office Wednesday, has pledged to vaccinate 100 million people in 100 days. Last week, Biden offered more details on his plan to do so, which includes having the Federal Emergency Management Agency and National Guard build coronavirus vaccine clinics across the United States. Biden also intends to accelerate the timeline for when Covid vaccines could be available at local pharmacies.

Biden’s plan to address the slower-than-expected vaccine rollout is an “all-of-the-above approach, and then you see what’s working,” said Gottlieb, who led the FDA from 2017 to 2019 under President Donald Trump. Gottlieb now serves on the board of Pfizer, which makes one of the two vaccines to receive emergency use authorization from the FDA. The other is made by Moderna.

“We’ve talked about access being the real challenge right now, and now we’re talking about supply because we’re starting to get to a steady state of supply and it’s hard to increase the supply in the near term,” Gottlieb said. “At some point, demand is going to be come an issue.”

Currently, demand for coronavirus vaccines remains strong because older Americans have become eligible for shots, Gottlieb said. With age being a key risk making people more vulnerable to becoming hospitalized, or potentially, dying from Covid-19, those Americans appear rather willing to take the vaccine.

“There’s going to be a lot of intense demand even in younger cohorts, but I think once we get to 100 million, maybe 120 million vaccines, the demand is going to get soft,” Gottlieb said, basing his forecast on the number of U.S. adults who received a flu shot this past year.

“Those were people who were worried about getting Covid going out and getting flu vaccines. That may be the universe of people who really have significant demand for a Covid vaccine,” he added.

Biden has sought to assure Americans about the safety and efficacy of Covid vaccines, in an effort to increase the number of people who are willing to receive the shot. In December, after getting his first shot of the two-dose Pfizer vaccine on live television, Biden said there is “nothing to worry about.”

About 12.3 million Americans have received their initial vaccine dose, as of Friday morning, according to the latest available data compiled by the Centers for Disease Control and Prevention. Roughly 31.2 million doses have been distributed.

Covid vaccines play a critical role in helping the U.S., and the world overall, combat the devastating pandemic. In the U.S. alone, there has been nearly 24.1 million confirmed coronavirus cases and at least 399,008 deaths from Covid-19, according to data compiled by Johns Hopkins University.

The virus also has caused significant economic damage, as millions of people have lost their jobs and businesses have closed across the U.S. Widespread vaccinations against Covid are seen as critical in allowing a more robust economic recovery and for the stock market. For example, in a week-ahead note to clients, JPMorgan analysts wrote, “Going forward, the biggest macro risk appears to be vaccine supply, distribution and uptake.”

Disclosure: Scott Gottlieb is a CNBC contributor and is a member of the boards of Pfizer, genetic testing start-up Tempus and biotech company Illumina. He also serves as co-chair of Norwegian Cruise Line Holdings’ and Royal Caribbean‘s “Healthy Sail Panel.”