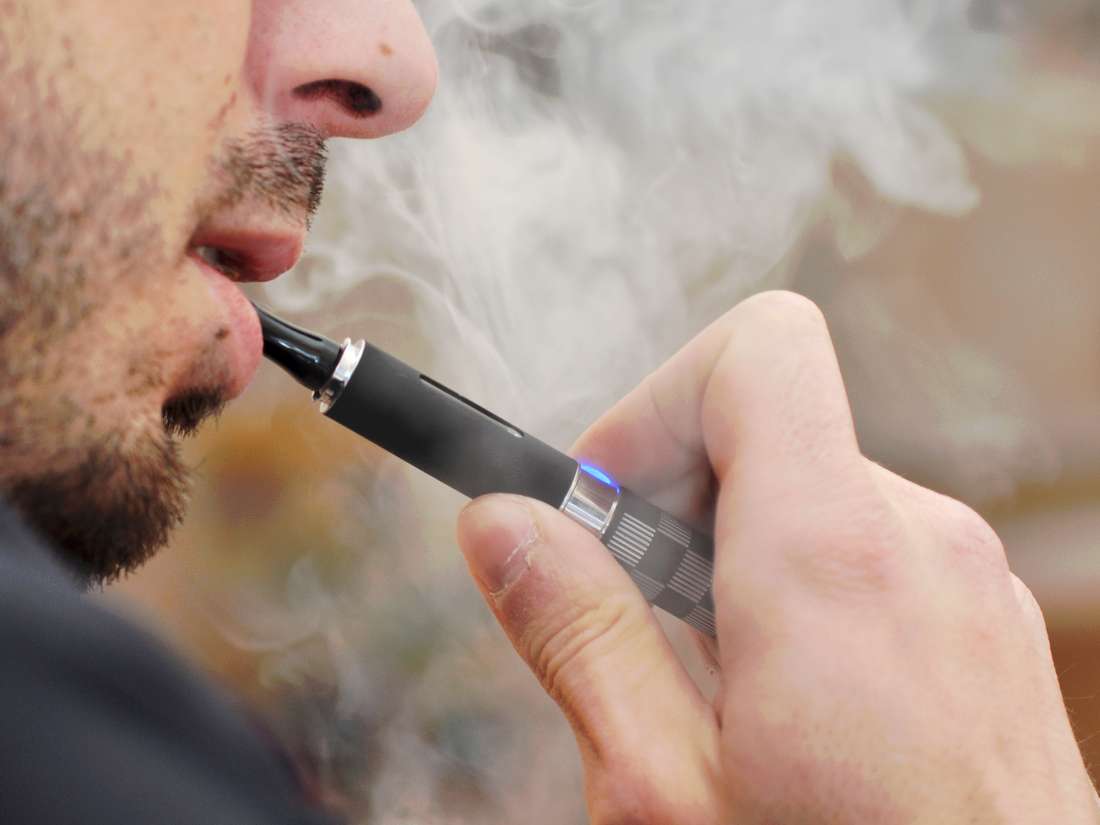 The safety and long term health effects of using electronic cigarettes or other vaping products are still not well known. In September 2019, federal and state health authorities began investigating an . We are closely monitoring the situation and will update our content as soon as more information is available.

Many people believe that vaping is safer than smoking, while others think that it is an effective tool to quit smoking.

However, vaping carries several dangers, both for the person using it and the people around them.

If a person is considering the use of e-cigarettes or vaping to help them quit smoking or because they want to follow a trend, it is essential to understand what vaping entails and its health risks.

Keep reading to learn more about the types of vaping, and the various health risks that it carries.

Though vaping may eliminate some of the threats that come from inhaling smoke, it is not without its risks and health concerns.

The National Academies of Sciences, Engineering, and Medicine presented 47 conclusions about vaping, most of which are negative. The few positive findings revolve around the idea that if a person eliminates the use of combustible cigarettes, they will reduce their exposure to smoke-related carcinogens.

However, there is a lot of strong evidence that reinforces the negative aspects of vaping, such as:

However, the long-term consequences of vaping generally remain unknown. This is because vaping devices are relatively new to the market, and researchers have not had sufficient time to study the long-term effects thoroughly.

Learn more about the risks and benefits of e-cigarettes here.

There are several different types of vaping devices. The type a person uses often depends on personal preference, but there are some notable differences between types.

According to the Center on Addictions, there are three types of vaping devices, categorized as first, second, and third generation devices.

The first generation vaping devices are:

These devices are similar to cigarettes in appearance and come in disposable and rechargeable forms. They are generally the least expensive option for people who vape.

The second generation vaping devices are:

The third generation contains several types of vaping device, including:

The third generation of devices typically:

Some liquid refills contain nicotine in varying amounts, while others may be nicotine-free. Modifications in third generation devices allow people to add additional products to their e-liquid.

The liquids also come in a variety of flavors. Some taste like cigarettes, while others may have a minty or fruity flavor.

Vaping can have several potential adverse effects on a person’s body, including the heart, lungs, teeth, and gums.

A recent review indicated that vaping could cause problems with a person’s heart, lungs, and circulation. The evidence suggests that e-cigarettes release toxins that can cause harm. However, the researchers indicate that further research is needed to determine the long-term effects of vaping.

One 2019 study found that there was no connection between vaping and heart disease. However, the researchers did indicate that anyone who uses either traditional cigarettes or vaping devices are at an increased risk of developing heart disease.

Another 2019 study looking at the same data found an association between vaping and an increased risk of heart attack, heart disease, stroke, or angina.

Researchers working on a study in 2018 had similar findings. They found that vaping leads to an increased risk of heart attack regardless of the user’s other lifestyle choices.

Further research into the safety of vaping is required to determine the relationship between vaping and the heart. Most researchers do agree that vaping is still safer for the heart than smoking, but vaping still presents risks.

Overall, vaping may be better for a person’s lungs than smoking cigarettes. However, researchers must carry out further studies to identify the short- and long-term effects vaping has on lung health. The evidence so far is mixed.

One small study published in 2019 found that there was no significant increase in risk to lung health between people who only vaped and those that neither smoke nor vape.

A 2018 study indicated that there is some evidence that vaping can affect the circulatory system. However, the authors suggest that more research is needed to determine vaping’s effect on lung health.

However, a 2018 study using rats found that e-cigarettes are just as bad for the lungs as smoking and that long-term exposure has the potential to cause significant lung damage. Researchers did state, however, that they only studied one type of e-cigarette.

Vaping may cause issues with teeth and gum health. Several studies have indicated that vaping can irritate the gums and throat and may make a person more prone to tooth decay.

For example, a study in 2016 found that people who vaped have an increased risk of developing periodontal diseases.

A 2014 review that analyzed 44 articles on the effects of vaping on health also found that vaping can irritate the gums and throat.

A further study from 2018 found that vaping with sweet flavored liquids increases the likelihood that a person may develop tooth decay due to increased bacterial growth.

A person should not use vaping as a means to quit smoking. The American Heart Association (AHA) recommend that anyone who is trying to quit smoking should use a proven method to improve chances of success.

The AHA also recommend that people who do not smoke should not start vaping. This is particularly true for people who are pregnant and children.

People should also avoid modifying their vaporizers. Modifications can lead to burns and possible explosions.

People should not use liquids that the manufacturer does not recommend. Also, people should avoid drinking or coming into contact with the liquid that vaping sevices contain.

Learn more about the side effects of smoking nicotine free e-cigarettes here.

Most preliminary research seems to indicate that smoking carries more significant risks than vaping. However, some studies have found it to be equally harmful.

It is important to remember that research into the health effects of vaping is still ongoing. Researchers might identify additional short- and long-term health concerns relating to vaping in the years to come.

The situation regarding vaping marijuana has similarities to that of vaping nicotine-based products. There is not enough research to form any firm conclusions about the safety of vaping marijuana, and the research that currently exists is polarizing.

However, one article discussing early research indicates that vaping cannabis is less harmful than smoking it. So, while it isn’t without risk, it could be an improvement to smoking marijuana. As before, researchers must carry out further studies.

A 2017 study looked at a case where a man who had never smoked a cigarette entered the hospital with a severe acute lung injury following years of vaping marijuana. However, results remain inconclusive. Researchers state that their primary reason for laying the blame on the vaping of marijuana was because they were unable to identify any other plausible cause.

It is important to note that the researchers think these adverse effects stem from chemicals that manufacturers use to extract active ingredients from raw marijuana when creating the cannabis oil used in vaping devices.

Vaping is not necessarily a safe alternative to smoking.

Though many researchers agree that smoking is likely worse for a person’s health than vaping, research is still in its infancy. There is, however, growing evidence that vaping may have equally ill effects on the heart, lungs, and mouth.

Additional research is required to determine the long- and short-term effects of vaping.

People who are pregnant, people looking to quit smoking, and children, should not vape.

Everyone should exercise caution before starting to vape.